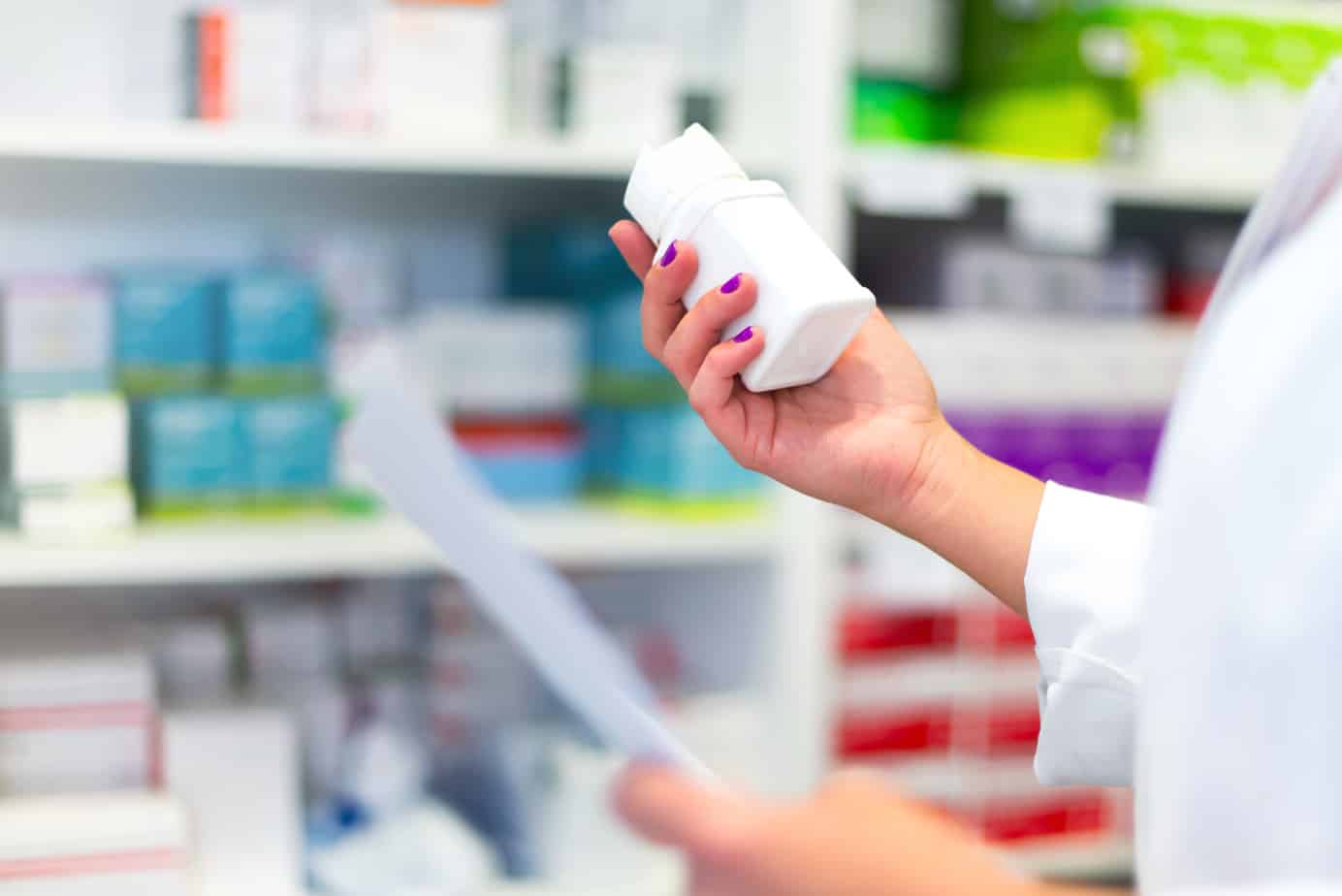 Documents obtained by KARE 11 reveal that patients are being put at risk by workers who steal their vital medicines at Minnesota hospitals, nursing homes and other health care facilities.

Some patients got dangerous infections. Others endured excruciating pain.

What’s more, KARE 11 discovered that reporting loopholes and lax enforcement leave patients at risk by letting some workers who steal drugs to skip from facility to facility, even state to state.

Even though stealing prescription narcotics is a felony, records show that health workers suspected of stealing drugs often never wind up in court.

It is a problem experts say could put thousands of patients in danger around the country.

Maribel Torres-Bertram still tears up when she remembers late 2010. It was a brutal year when she had to reveal a devastating diagnosis to her family.

“I said I want to let you know that I’ve been diagnosed with breast cancer,” Maribel recalls telling her daughter. “And she broke down.”

Maribel underwent a double mastectomy at St. Cloud Hospital to rid herself of the cancer. But an already painful recovery was made even worse when she suffered an unexpected complication.

“I developed a fever, a very high fever that they were treating and it wasn’t going away,” she said.

Maribel wouldn’t find out the cause of that infection until months later when she received a letter from St. Cloud Hospital telling her a nurse had, “inadvertently introduced bacteria into IV bags of painkillers” while stealing her medication.

Investigative records later showed that nurse Blake Zenner contaminated the IV bags while apparently using the same syringes to steal medicine, inject himself, then refill the bags with saline solution in an attempt to cover up his crime.

“It’s a sense of betrayal,” Maribel told KARE11. “You trust the medical staff that’s there to take care of you. And you are completely at their mercy.”

A state report concluded that Maribel was one of 25 people sickened in the St. Cloud outbreak.

Maribel is one of thousands of people across the nation whom experts believe are harmed by medical providers who steal their vital prescription medications.

Three elderly Moorhead, MN nursing home patients had powerful pain patches stolen right off their backs by a worker who was supposed to be caring for them. Sherrie Lynn Walker was caught on surveillance video and convicted of stealing the fentanyl patches. The patients had dementia, according to police reports, and couldn’t alert other workers.

Theft of prescription drugs at medical facilities and pharmacies is called ‘drug diversion’ and officials have been battling it for years.

Larry V. King was a victim back in 2010 when he endured the kidney surgery from hell. Nurse Sarah Casareto allegedly told him to “man up” when she stole his fentanyl right before he went under the knife.

“I can’t really use the language I’d use to describe what it’s like laying on that table when they cut you open and you can feel everything they’re doing to you,” King told KARE 11 after Casareto was sentenced in the theft case.

Larry King was a victim of a nurse who stole his fentanyl in 2010. Credit: Gary Knox, KARE 11

Casareto entered an Alford plea which stopped short of admitting guilt, but acknowledged there was enough evidence to convict her. After serving probation, she was able to have her record expunged – hiding it from public view.

Mayo Clinic’s Dr. Keith Berge was part of the group. He is a nationally known expert on drug diversion.

“Every facility that houses these drugs has a problem. Everywhere these drugs touch, they corrode,” Berge told KARE 11.

So how big of a problem is drug diversion in our state? KARE 11 found no one keeps comprehensive data tracking how often drugs are stolen and from which healthcare facilities.

So, we examined thousands of pages of records kept by the boards that license doctors and nurses in Minnesota. We found at least 130 people who had been disciplined from 2013 through the first half of 2016.

Among the cases, a nurse who admitted to “withholding partial doses” of pain medication from patients. Another nurse stole 41 vials of fentanyl from a hospital. A third worker admitted stealing fentanyl at three different facilities in two states.

Illegal but Not Prosecuted

Dr. Berge argues cases like that should be reported to police. He says the Mayo Clinic has a zero tolerance policy.

“It’s our goal to have those people criminally prosecuted,” he explained.

But that doesn’t seem to be the policy everywhere.

When KARE 11 compared the names of people identified in Minnesota Nursing Board disciplinary records in drug diversion cases with the names of defendants in court filings statewide, we found fewer than 40 percent of cases had been charged criminally.

Some cases were never even reported to police despite multiple suspected thefts.

The case of nurse Kelly Justin is an example. According to nursing board records, Justin was fired three times in less than two years because of questions about her access to and dispensing of opioids.

In December, 2013, she was fired from a home health care job for “possible medical theft” and “using illegal substances during work hours.” An investigation would later find multiple patients who had been missing drugs or who had multiple early refills on prescriptions while Justin was caring for them.

By February, 2014, Justin was working for St. John’s Hospital in Maplewood. She was fired in December of that year over concerns about “improper medication administration.”

Justin was reported to the Health Professionals Services Program for treatment, but at the time there was no public record of disciplinary action with the nursing board. So, when she applied to renew her nursing license, records show she answered “No,” when asked if she had been fired earlier.

Still licensed in 2015, Justin began working for St. Cloud Hospital in the emergency department. It didn’t take long before the hospital noticed she was responsible for administering more than five times the average amount of opioid painkillers like hydromorphone and fentanyl. Records show she was fired in September, 2015, for “suspicion of drug diversion.”

Even so, St. Cloud police say no one reported the suspected thefts to them.

Ironically, Justin was working at the same St. Cloud hospital where Maribel Torres-Bertram, and more than 20 other patients, had been sickened in a drug diversion case just years earlier.

“It baffles me to think that this is still as serious a problem as it is,” Maribel said. “I believe that if you don’t have consequences this continues on.”

Flying Under the Radar

We know about Justin’s case because it eventually was made public when her license was suspended by the nursing board.

But there are countless other people working in hospitals who do not answer to a licensing board and can fly under the radar unless they have a court record.

Among the professions in that category are radiology technicians, some nurse’s aides and surgical technicians.

Rocky Allen was a surgical tech who was fired over and over in four states for using syringes to steal drugs, putting patients in grave danger. But there was no public record until he was finally caught and prosecuted in Colorado.

Officials learned Allen was positive for the HIV virus and could have put thousands of patients at risk.

We asked Dr. Berge if someone like Allen could be working in Minnesota. “Definitely, yes,” he replied.

With a patchwork of reporting rules across the country and no standardized reporting to a national database, workers who steal from patients can skip from facility to facility and state to state.

“As it is now, it’s far too easy for somebody to go down the street and get a job at another facility, or at a nursing home, home health, hospice,” Berge said. “Nobody’s watching.”

The DEA is responsible for collecting reports from hospitals regarding “substantial” theft of drugs. In order to protect patients, Ken Solek of the Minneapolis DEA encourages additional reporting. He says that should include calling local police when healthcare facilities suspect patient medicines are being stolen.

“It puts it on the radar that they have been charged with a theft, a diversion related theft, at their last job,” Solek said.

The Minnesota Hospital Association maintains Minnesota has one of the more advanced systems for detecting drug diversion.

So why aren’t more hospital workers suspected of diversion being reported to law enforcement?

“Suspicion does not equal a call to police and an arrest,” said Koranne. “If they’re struggling with addiction, we get them off the floor, get them out of the clinic, get them in a support program to rehabilitate them.”

Some states are tougher on those who steal. In Ohio, the law requires health care facilities to call police. It’s a law Koranne argues would not work in Minnesota.

“I don’t think we can say every person needs to go down this route of criminalization. That would not be good,” he said.

A victim of drug diversion wonders whether more should be done.

Seven years after the outbreak at St. Cloud Hospital that sickened her, Maribel Torres-Bertram is thankful to God that she is healthy and cancer free. She says she is speaking out now, not for financial gain, but simply to educate other patients. She wants them to know they too could be harmed by a healthcare worker who steals their medication.

“Why do we have to wait until there’s major consequences to patients before we do something about it?” she asked.